(No fee as such but adults are encourage to donate $5.00 and put in donation box.)

Adjusted because of Covid-19 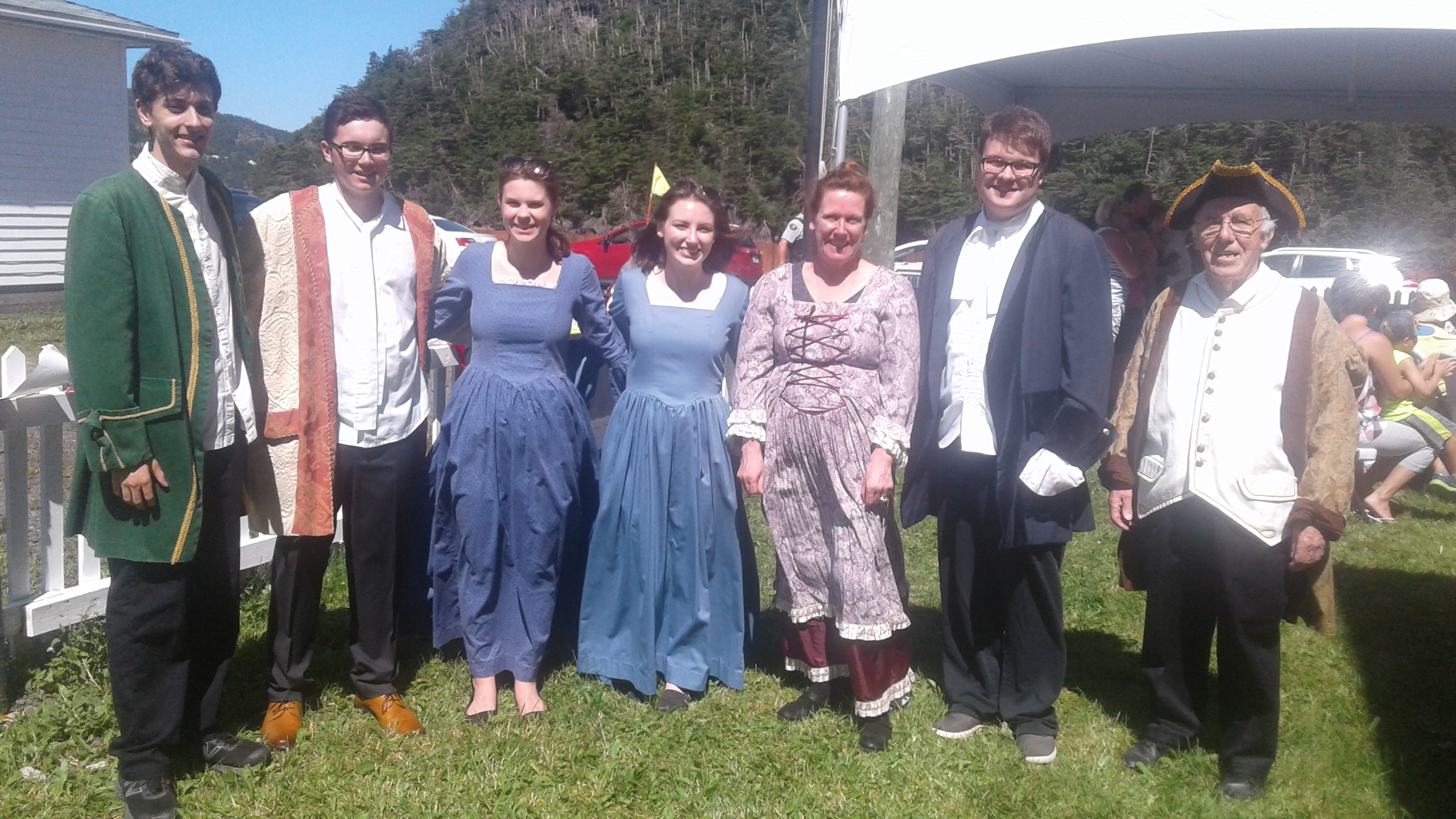 On August 11  the Placentia Area Historical Society held another successful tea party on the lawn of the O'Reilly House Museum. Heritage Awards this year were presented to Marine Atlantic for installing an exhibit of the Argentia at War display in their terminal building at Argrentia and to the Placentia Rowing Club for their recognition and celebration of the Placentia Lions Crew on the 40 anniversary of their walk to St. John's carrying their boat to the Royal St. John's Regatta.

After the official proclamation from the Town being read by Town Crier, Angus Gilbert, the gathering of about sixty people enjoyed the afternoon of entertainment and refreshments for about two hours.  Music was supplier by the Milley family and Bill Carroll.  Special guests included Kitura Pittman from Marine Atlantic and Eugene Collins from the Placentia Rowing Club who rceived the awards.  Also present were MP Ken McDonald, MHA Hon. Sherry Gambin Walsh, and Councillor Kay Smith representing the mayor who also spoke to the gather and contratulated the winners of the Heritage Awards.

We have 162 guests and no members online