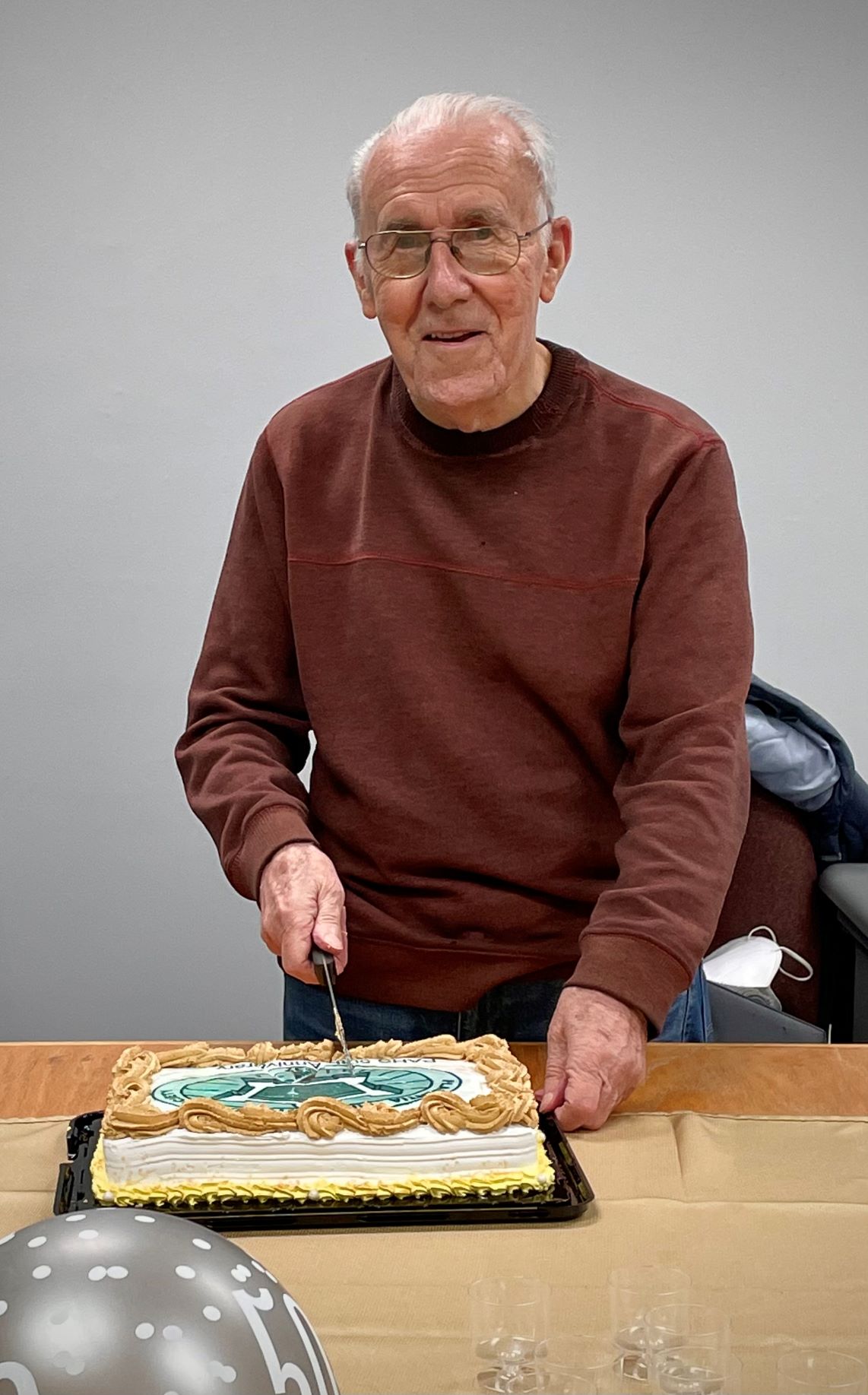 When the Placentia Area Historical Society held its Annual General Meeting this year (2022) it was a special occasion.  The meeting was held on March 27 which was fifty years since the Society had been incorporated on March 27, 1972.
In order to celebrate the 50th Anniversary, a special cake was cut by President Tom O’Keefe and enjoyed by members president.  The president also reminded the members of the important work they were doing to promote the history of the Placentia Area.  Mayor Keith Pearson, who was in attendance, also complimented the group on its efforts and offered the continued support of the town. He also gave an update on recent plans by the town to support economic development.
The membership then continued with the annual meeting.  The main business was to hear the financial report, the president’s annual report, and hold elections. The following were elected as directors: Christopher Newhook, Anita O’Keefe Winnie Barry, Tom O’Keefe, Paula Pittman, Ann Devereaux, Rachelle Connors, Vera Greene, Helen Griffin, and James O’Keefe. Four executive officers were also elected: President Tom O’Keefe, Vice-president Anita O’Keefe, Treasurer Ann Devereaux, and Secretary Winnie Barry.

Other plans discussed by the Historical Society included Annual Tea Party on August 13th. ideas to further recognize the 50th. Anniversary, repairs to St. Luke’s Cultural Heritage Centre, and approval for the Escape Room Game and PATH performances to continue in St. Luke’s Centre this summer.

We have 106 guests and no members online